This company of brokers spread the word and promoted the Armagnac eau-de-vie around the world thanks to the international diplomatic relations that Pierre de Montesquiou maintained with various embassies. The Montesquiou family has been firmly rooted in the soil of Gascony since 1040. Its most famous descendent is Pierre de Montesquiou d’Artagnan, a musketeer who served Louis XIV for more than 40 year and was eventually made a Marshall of France. French novelist Alexandre Dumas used him as the basis for the like-named character in The Three Musketeers.

In 1965, the Société Produits d’Armagnac was bought by Pernod, which planned to develop an Armagnac site that would encompass everything from vineyards to bottling. In the course of these endeavours, the Château de Campagne d’Armagnac and its 90 hectares of vineyards were purchased, and a still affectionately known as “La Casserole” was moved to its new location.

In order to further centralise activities while expanding capacity, new premises including a one of a kind chai by the name of “La Cathedrale” were built and put into operation in Eauze in 1975. The design of the new site was led by the renowned Patrix office, whose approach to transforming the industrial environment and aesthetics through the targeted use of colour can still be seen in Eauze today.

In 2021, Alexander Stein bought a majority stake in Société Produits d’Armagnac with the aim of restoring Marquis de Montesquiou to its former glory (and perhaps beyond). Known for founding the gin brand Monkey 47, Stein comes from the traditional German brandy dynasty Jacobi 1880, of which he is also the brand owner.

It appears that more exciting things are in store for the house of Marquis de Montesquiou! 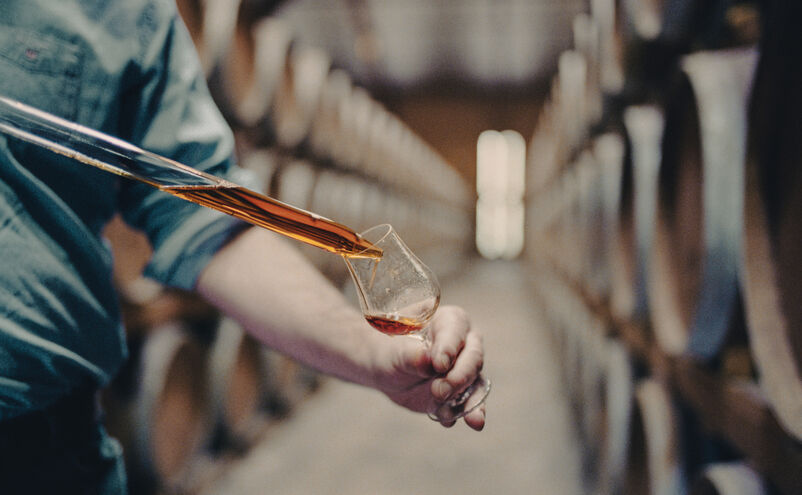 Just like rock ’n’ roll, Armagnac is an attitude about life: maladjusted, passionate, unashamed, and soulful at the same time. Brazenly resisting the passage of time, this spirit remains not only the oldest, but also arguably the most authentic in the world. Armagnac is a very distinctive and seductive brandy. 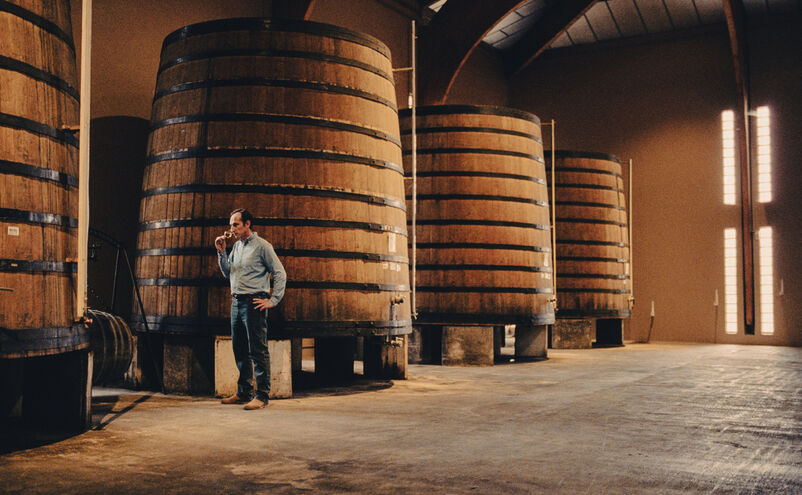 We might have no sympathy for the devil, but we’d rather live in the memory motel than in a yellow submarine. And as with any band, quality requires continuity. Since 1955, there have only been three maîtres de chai who have ensured that the house’s savoir-faire in the production of Armagnacs has been passed down from generation to generation. 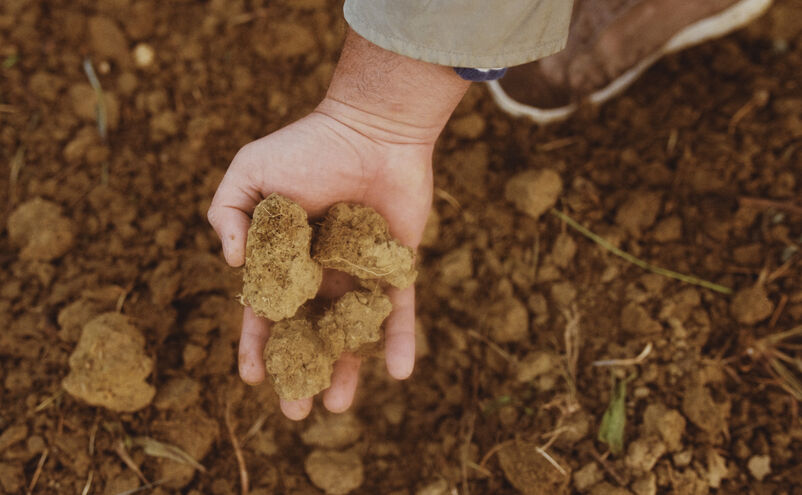 Salt of the earth

Legend has it that when God created the earth, He forgot a small corner of Gascony, which made Him very sad. A tear ran down His cheek and when it fell to the ground, it formed the region of Armagnac. In reality, Armagnac is a protected designation of origin.

Sign up with your email address to receive news and updates about the production of our Armagnac.

I would like to subscribe to the Marquis de Montesquiou Armagnac newsletter for free and I am aware that I can unsubscribe at any time using the unsubscribe link in the footer of a newsletter. At the same time, I accept the Privacy Policy.

Thank you for subscribing to our newsletter.

Please check your inbox and confirm your subscription by clicking on the link in the email we just sent you.
Soon you will receive news and the latest products from Marquis de Montesquiou Armagnac.